Seat in Coach Basis Giraffe’s fascinate every traveler as they are quite tall and have beautiful patterns on their skin. In Kenya we are blessed with 03 different species that roam freely in wilderness. Reticulated Giraffe found referred to as the Northern Species as its found above the Equator, Rothschild Giraffe that is found along the Rift Valley and the Maasai Giraffe referred to as the Southern Species as its found below the Equator. A stop at the Equator Crossing is a mile stone as you will be standing at the Both the Northern and Southern Hemisphere. Our Itinerary has been created so you get to experience the arid and rugged Samburu, Lake Elementaita with the beautiful back drop of Sleeping Warrior and the savannah grasslands of Maasai Mara, The most beautiful National Parks in Africa and with an outstanding collection of flora, fauna and strong culture. Lake Elementaita is considered to be the smallest Lake and being an alkaline it does attract a good collection of water and migratory birds. 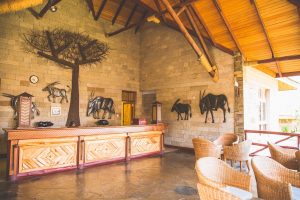 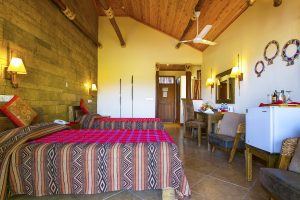 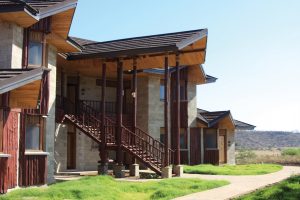 On arrival at JKI Airport, get your visa sorted with immigration and after that you will head to the baggage hall. A final clearance will be done by the Customs and do exit the building where our guide will be awaiting your arrival.

A transfer will be arranged to the hotel for leisure. Overnight at Eka Hotel

Breakfast will be served at 0630hrs and thereafter at 0700hrs an office staff will meet you at the lobby to offer a briefing for your program. On check out you will depart at 0715hrs for Samburu National Reserve. The drive will take you through pineapple plantations and fertile vegetation lands. Arrival at the lodge in time for lunch and leisure. Experience a game drive at 1500hrs as you search for wildlife, Dinner and Overnight at Samburu Simba Lodge (B/L/D)

Breakfast will be served at 0630hrs. At 0700hrs depart for a Lake Naivasha. Experience a leisurely drive via Nyahururu where a stop will be made at The Equator Crossing and you will experience a demonstration to prove the fact of the polars. Nearby you will have another stop at the Thomson Falls. Proceed with the journey and you will arrive at the lodge for lunch and leisure. At 1530hrs enjoy a boat safari as you spot water birds and resident hippos. Dinner and Overnight at Lake Naivasha Simba Lodge (B/L/D)

Breakfast will be served at 0630hrs. Depart at 0700hrs for the world’s famous Maasai Mara Game Reserve. The drive will take you through dry lands and large wheat plantations. A stop will made at Narok for a break. This town is run by the local Maasai people and don’t be surprised to see cows walking around. The stretch from here to the Reserve is over a tarmac road and thereafter 70kms will be on a rough and bumpy track. You will arrive at the lodge in time for lunch and take a brief nap. Experience evening game drive in search of The Big Five. Dinner and Overnight at Mara Simba Lodge (B/L/D) /p>

Breakfast will be served at 0700hrs. At 0730hrs depart for Nairobi. Experience a leisurely drive as you pass Maasai Towns. Enjoy a leisurely drive and arrival will be early afternoon. On Arrival a transfer will be arranged to JKI Airport to board your flight back home (B)